How to Use Microsoft To-Do App on Mac

On June 17, Microsoft release its popular To-Do app on the Mac platform. You can find and download it on the Mac App Store. The features of the app didn’t change, so if you use the task manager on other platforms, you will feel very familiar.

Use All Benefits of the App on Mac 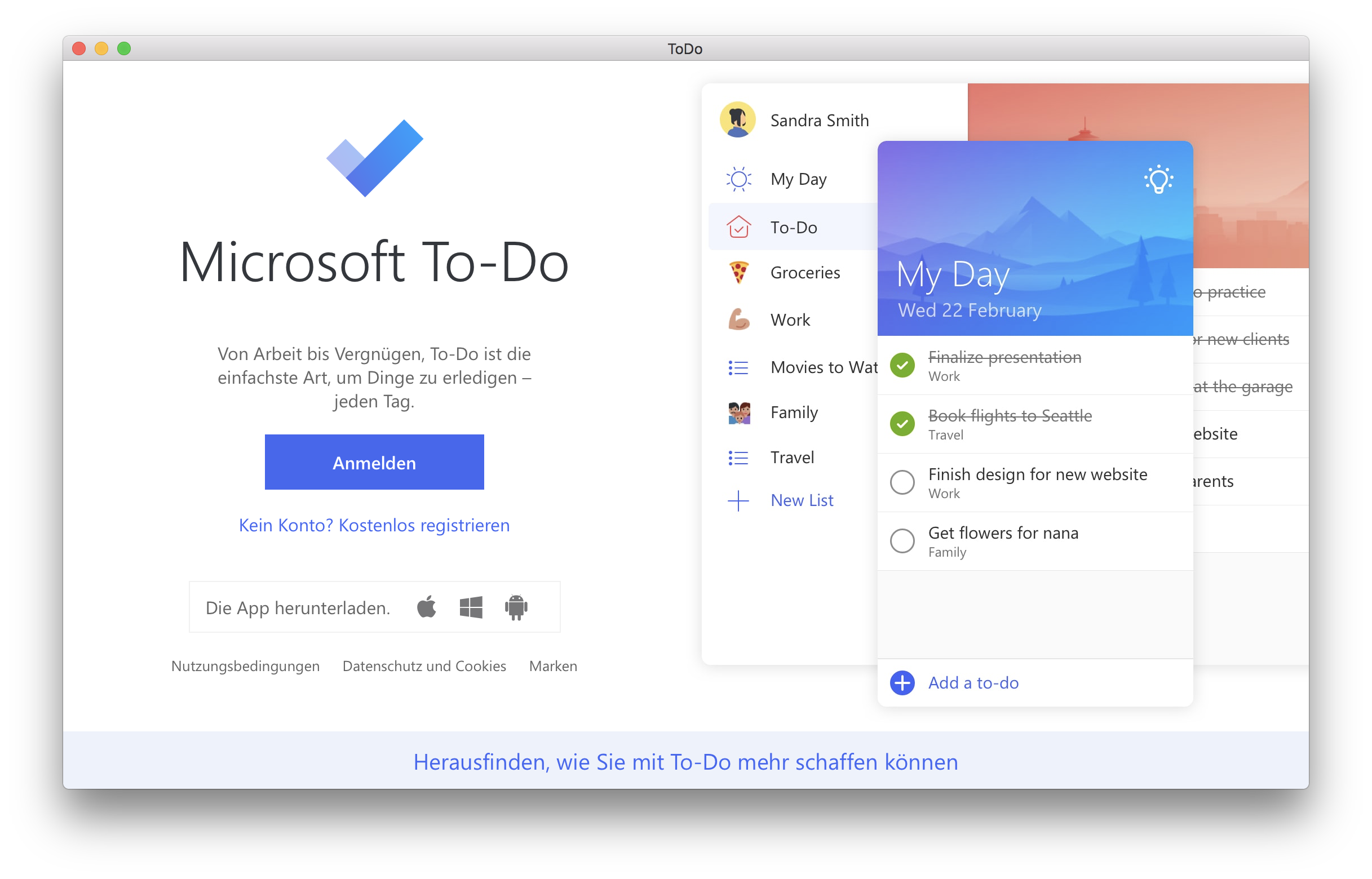 The official release of To-Do app on the Mac App Store is on June 17. Before this, you can make a pre-order, and on the day of launch, the app will automatically install on your computer. To-Do free app is a popular task manager developed and published by Microsoft. The app allows you to organize and manage all the daily tasks in a convenient way. It is already available for download on Android, iOS, Windows, or you can use its web version. The developers saved all the features To-Do is famous for on other platforms to bring you the app “that you know and love.” They include:

Unfortunately, Planner integration is not available yet in the app’s Mac version, but the developers said that they are working on fixing this issue. The interface and design are the same as on other platforms.

Easy to Adjust — Easy to Work

The app is really comfortable in use. Microsoft keeps all the well-known shortcuts for Mac users to navigate To-Do app. For example, press the combination of ⌘2 to minimize view and display a certain list. Also, you can keep the app open only on the one side of the screen, and on another do other tasks such as writing in the Word or make the report in Excel. And to go back to the main menu and see all available lists — press ⌘1.

Editing the tasks is also an intuitive and straightforward process. You can do this directly from the list view, without opening the detail view on the Mac app. Just three steps and a few minutes: choose the task you want to edit and click on the text.

There is a surprise for all hashtag lovers. Microsoft made a special tag menu that pops up every time you write the “#” symbol. The ready-to-use tags include the most popular like #waiting, #home, #work, #computer, and so on. To select a tag, you just need to click on it. So, now you can simply choose a certain tag, click on it, and see all the results related to this tag (all your tasks from all lists).

What’s more interesting is that a To-Do free app was built using the pure 100% AppKit. Not so long ago, Apple announced the Project Catalyst that lets the developers cut the time of bringing the iOS app on the Mac platform. With this set of tools, you can do it much faster using the existing codebase. Also, it allows simplifying the process of managing, adapting, and maintaining the app across different platforms.

But the main goal of Microsoft was to enable the use of the app on older versions, such as macOS High Sierra, and so on. The problem is that the Project Catalyst does not support them. Therefore, Microsofts developers chose another way to build its app.

What Will Happen to Other To-do Lists Apps?

It is not a secret that this event influences the entire Mac ecosystem. For example, the app now is in the Mac App Store Top list and is continuing to go up. And the question is: what does it mean for other popular apps in this category, like Wunderlist? What do you think? And which to-do apps you use? Share with us in the comments below.

Your comment is awaiting moderation. We save your draft here